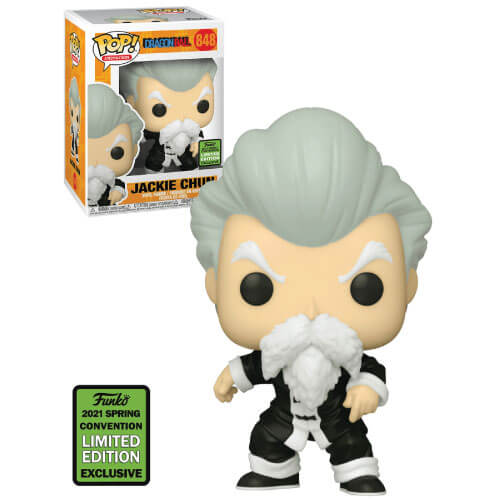 It’s not easy bein’ green, it seems you blend in with so many other ordinary things. Well have no fear because Funko are ensuring this year’s Emerald City Comic Con is an exception to the rule with their exciting wave of 2021 Spring Convention Exclusives! Featuring characters from some of the most iconic movies and television series, this wave has a little sumthin’ sumthin’ for everyone.

Dragon Ball Z is one of the most critically-acclaimed anime series of all time, amassing an enormous fan base across the world.

The show follows the adventures of Goku who, along with his companions, defends the Earth against an assortment of villains ranging from intergalactic space fighters and conquerors, unnaturally powerful androids and nearly indestructible creatures. It picks up five years after the end of the original Dragon Ball series.

Here we have Jackie Chun, the secret alias of Master Roshi when he enters the World Martial Arts Tournament, to ensure his students would lose.