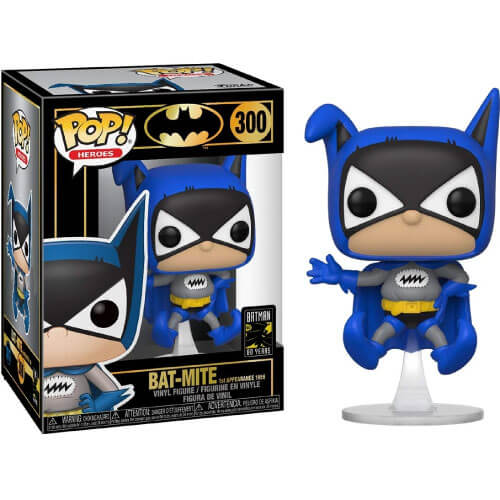 Well Batman it looks like it’s time to issue that restraining order because Bat-Mite has finally been given the Funko treatment.

Obsessed with his hero Batman, Bat-Mite is known for setting up strange events just so that he could see the Caped Crusader in action. He possesses what appear to be near-infinite magical powers, but actually utilises highly advanced technology from the Fifth dimension that cannot be understood by humans’ limited three-dimensional views.

This Pop! features Bat-Mite wearing his ill-fitting Batman costume and comes complete with a base to give the impression he’s leaping through the air.