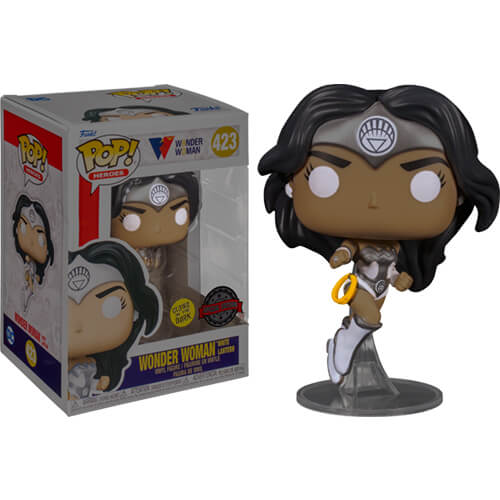 Debuting in All Star Comics #8 in 1941, Wonder Woman has gone on to become one of the most iconic and influential superheroes of all time, proving that fighting crime isn’t purely a man’s job. To celebrate her 80th Anniversary, Funko have released a wonderful new line of Wonder Woman Pop! Vinyl Figures, showcasing her various incarnations over the years.

Here we have Wonder Woman wearing her White Lantern outfit and armed with her Lantern Ring, as seen in the hit Blackest Night: Wonder Woman comic series. She comes complete with a Glow in the Dark finish.