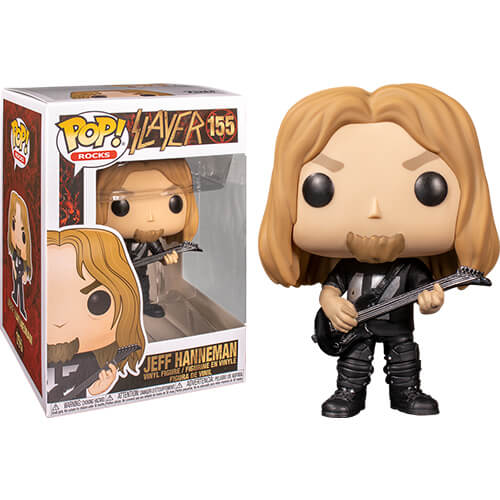 Formed in 1981, Slayer have gone on to become one of the most iconic thrash metal bands of all time. Releasing 12 studio albums, the band would see a variety of personnel changes, however Funko have gone back to where it all started with three of the members who started it all!

Funko’s wave of Slayer Pop! Vinyl Figures kicks off with Kerry King, the band’s guitarist and songwriter, who also co-founded Slayer with Jeff Hanneman, who comes complete with his own signature guitar. Finally we have the lead vocalist Tom Araya, making this collection a must for all Slayer fans.