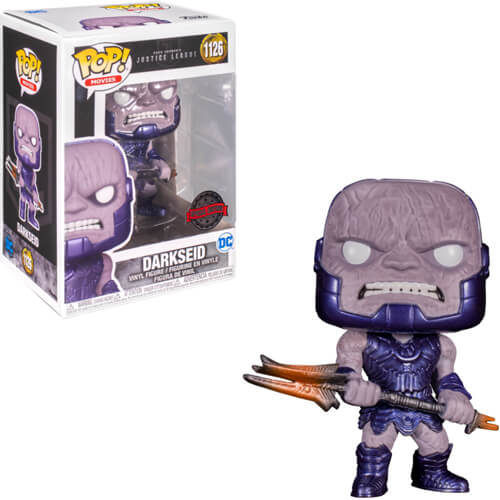 After what was one of the darkest periods for Hollywood of all time (thanks 2020), things are finally back on track with the release of the incredible Zack Snyder’s Justice League, giving fans the chance to view the film as the director had originally intended.

Like the theatrical release, Zack Snyder’s Justice League follows the Justice League as they attempt to save the world from the catastrophic threat of Darkseid, Steppenwolf, and their army of Parademons.

Here we have the tyrannical New God from Apokolips himself, Darkseid, who comes with a kick arse Metallic finish.

An absolute must for any true DC Comics fan, add the Darkseid Metallic Pop! Vinyl Figure to your Funko collection today.