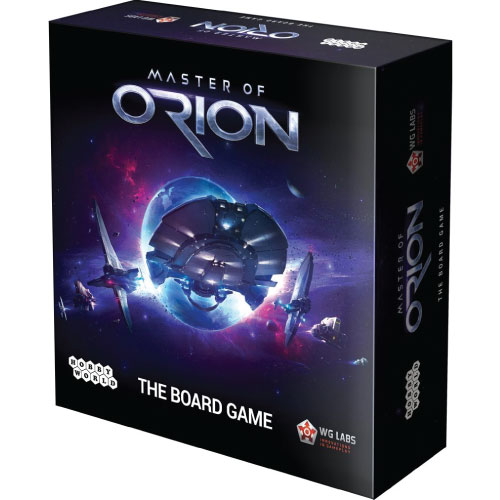 Master of Orion: The Board Game takes you to the world of the legendary strategy video game.

You will lead one of the races that will face each other in the outer space confrontation. Destinies of secretive Darloks, genius Psilons, universal humans and many others will depend on your actions. Manage your resources skillfully and wisely and lead the development of a chosen race in the right direction. You can progress by either military means, training your spies and attacking alien planets, or choose the path of creation, controlling the weather and building space fleets.

A dynamic and well-balanced game mechanics will offer you plenty of paths to the victory, and the leader of the most successful nation will be granted the Emperor’s title from the Galactic Counsil.