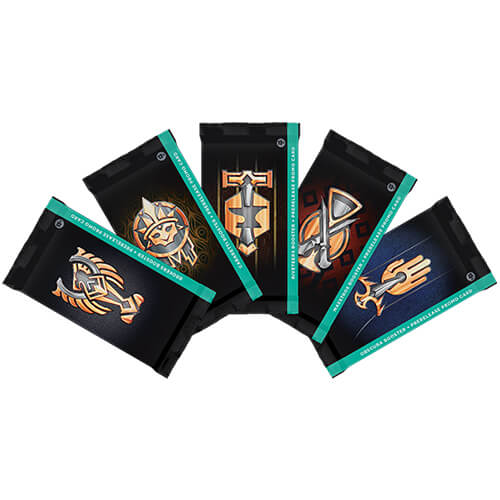 Obscura (White/Blue/Black): The Obscura are described as powerful wizards and mystics, who use their powers to deceive and blackmail those around them. They come across as citizens who have an ordinary life, however, their work behind the scenes suggest they manipulate every situation to their benefit.

Maestros (Blue/Black/Red): The Maestros love opulence and the finer things in life. From a public standpoint, the Maestros represent themselves as romanticists and admirers of the arts, but behind the curtains they operate as elite assassins.

Riveteers (Black/Red/Green): The Jund wedge are represented by “destruction workers”, talented artisans who excel at creating things as much as destroying them. The Riveteers are known to be rowdy and defer to brute force to get their way. The family built an undercity into a “a lair worthy of their draconic leader.”

Caberetti (Red/Green/White): The Cabaretti are a fun-loving cult of druids who host the hottest parties in town. They’re the “glitterati of the city” and use their magic to sway the city’s inhabitants for their own gain.

Brokers (Green/White/Blue): Like most crime worlds, you can’t have crime without lawyers. The Brokers maintain the public law offices within New Capenna, which they use as a front for their more sinister affairs. Also, these demonic lawyers believe in the doomsday prophecy and are motivated to that end.