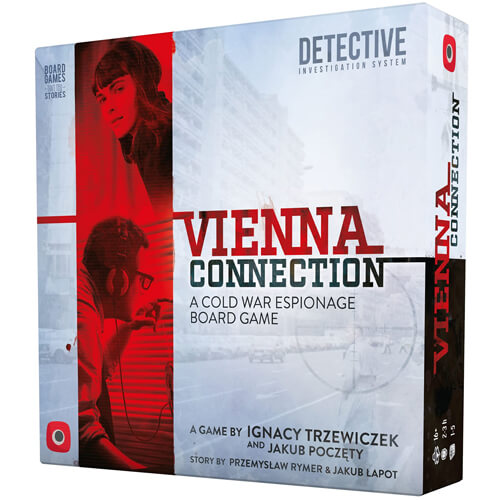 Vienna Connection is a standalone game inspired by the game mechanisms of Detective: A Modern Crime Board Game. In this game, players take on the roles of CIA agents sent to Europe in 1977 during the Cold War to investigate the mysterious death of James Werner, an American citizen murdered in Vienna.

The international plot involves various secret agencies, and players will travel around Europe visiting a dozen destinations and discovering secrets.

Vienna Connection, although inspired by Detective, is a standalone game with new rules and game mechanisms that bring the spy theme to life. Players will manage resources (such as informants, bribes, and pieces of information), decode reports (including secret messages, codes, and wiretapped conversations), and will have to outsmart enemy spy agencies.