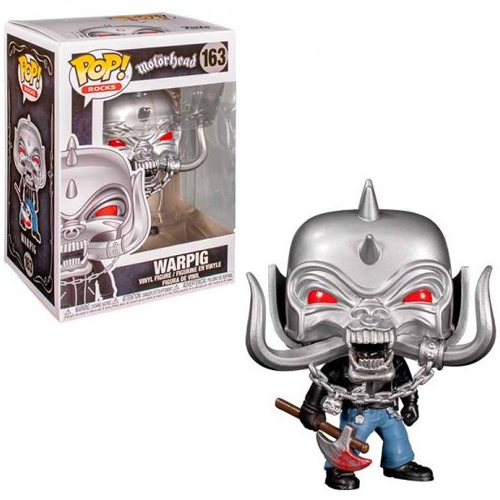 Fans of hard hitting rock band Motorhead would be well aware of their iconic logo War-Pig, who first appeared in 1977 on the cover of their self-titled album. Those fangs have appeared on a whoel range of Motorhead merchandise, however now for their first time, ol’ Snaggletooth has been given the Pop! Vinyl treatment.

Featuring War-Pig with his iconic fangs, oversized tusks and holding a bloody axe, this Pop! is an absolute must for any true Motorhead fan. Don’t forget to also check out Funko’s new Lemmy Pop! Vinyl Figure!