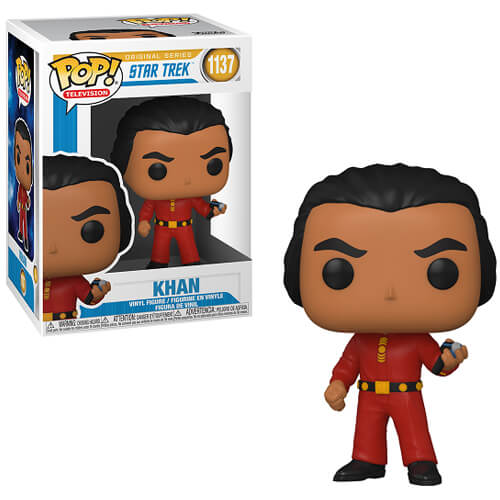 “Space: the final frontier. These are the voyages of the starship Enterprise. Its five-year mission: to explore strange new worlds, to seek out new life and new civilisations, to boldly go where no man has gone before.”

Set in the Milky Way galaxy, roughly during the 2260s, Star Trek: The Original Series is still considered one of the greatest sci-fi television shows of all time, following the lives of the USS Enterprise crew.

Funko’s new wave celebrates the iconic episode ‘Mirror Mirror’ from the show’s second season, which sees a transporter malfunction, swapping Captain Kirk and his companions with their evil counterparts from a parallel universe.

Featured here you’ll find the ‘Mirror Mirror’ versions of Captain Kirk, Spock, Uhura and Sulu. On top of that there’s also Captain Kirk sitting in his famous chair, as well as Khan, looking to unleash his wrath on us all.

Boldy go where no collector has gone before by adding the new Star Trek: The Original Series Pop! Vinyl Figures to your Funko collection today.