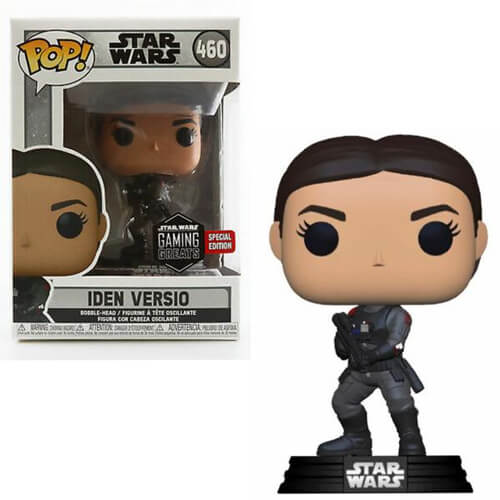 Star Wars: Battlefront II follows the story of Iden Versio, commander of the Imperial Special Forces unit Inferno Squad. Upon witnessing the destruction of the second Death Star, Versio’s troops look to her for direction. Versio tells her troops that they will avenge the Emperor.

Here we have Versio armed with her rifle as she prepares to take down some rebel scum. More importantly, she comes with a Chase Variant!