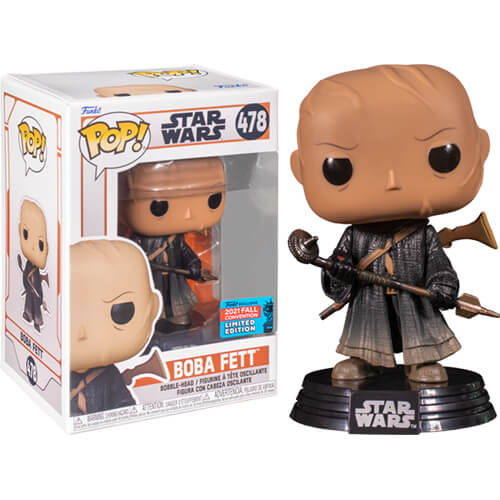 Do you ever look at your Funko collection and feel like it’s missing something, but can’t quite put your finger on it? Like maybe a few extra exclusive figures would help you FALL in love with it all over again? Well have no fear, Popcultcha have come to the rescue with Funko’s new range of 2021 Fall Convention Exclusives!

It’s the series that took the galaxy far, far away by storm, enlightening our lives with a little green dude we never knew we needed.

Set five years after the fall of the Empire as depicted in Return of the Jedi, The Mandalorian follows an independent Mandalorian bounty hunter in the outer reaches of the galaxy far from the authority of the New Republic.

Here we have the legendary Boba Fett, who made his long-awaited return in the series. He comes armed with his new gaffi stick and wearing the gear from his time in hiding on Tattooine.